The cruise company, which owns the Aida Cruises and Costa brands among others, is currently in a dramatic economic situation. For one thing, the company has nearly $45 billion in debt because of the Corona crisis, and that’s with a stock market value of just shy of $11 billion. On the other hand, it has only been running losses since the pandemic began, posting an $8.31 loss per share in the last quarter with a current share price of only $8.50. An environment of rising interest rates and the timely maturity of some of the debt will most likely exacerbate the problems. These include promissory bills that are due as early as next year.

Even the 100 million share base increase a week ago will be a drop in the bucket in the long run. This corporate action, which is expected to raise $1 billion in revenue, is offset by $4.1 billion in bond repayments over the next eighteen months.

Since the last high in June 2021, the stock has fallen about 73%, returning to the level of the March 2020 crash. I currently interpret the repeated testing of the $8.45 level as a bearish sign. Should this support be broken, I see further price declines as very likely, especially in the long term. These could result in good short opportunities. 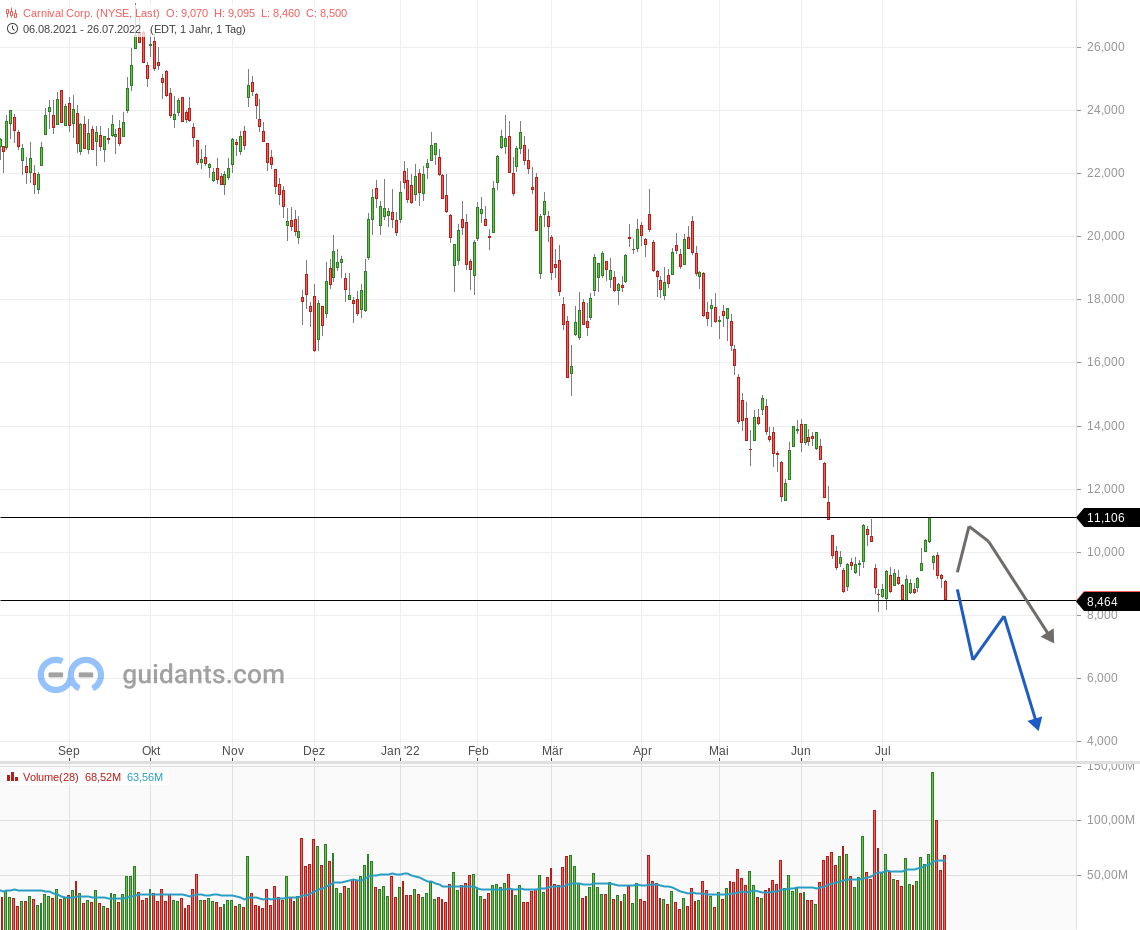