WALT DISNEY – In the stranglehold of bears

The shares of the media group, which is included in the Dow Jones Industrial Average, have been among the high flyers on Wall Street in recent years. However, since the spring of last year and prices in the USD 200 range, the former Wall Street darling has also lost more than 50% of its value.

In the stranglehold of the bears

A look at the weekly chart of the stock below shows an intact bear market in the stock. Significant horizontal resistance has formed in the area around USD 96. Thus, below this level, buying should be further postponed for the time being – the path of least resistance in the weekly chart here is further south towards the 2020 low in the $80-82 range for the time being. There, technically conditioned buying interest would then be expected first.

Procyclical buy signals will only emerge here north of the USD 113 to 115 range, until then the value will remain in the stranglehold of the bears. 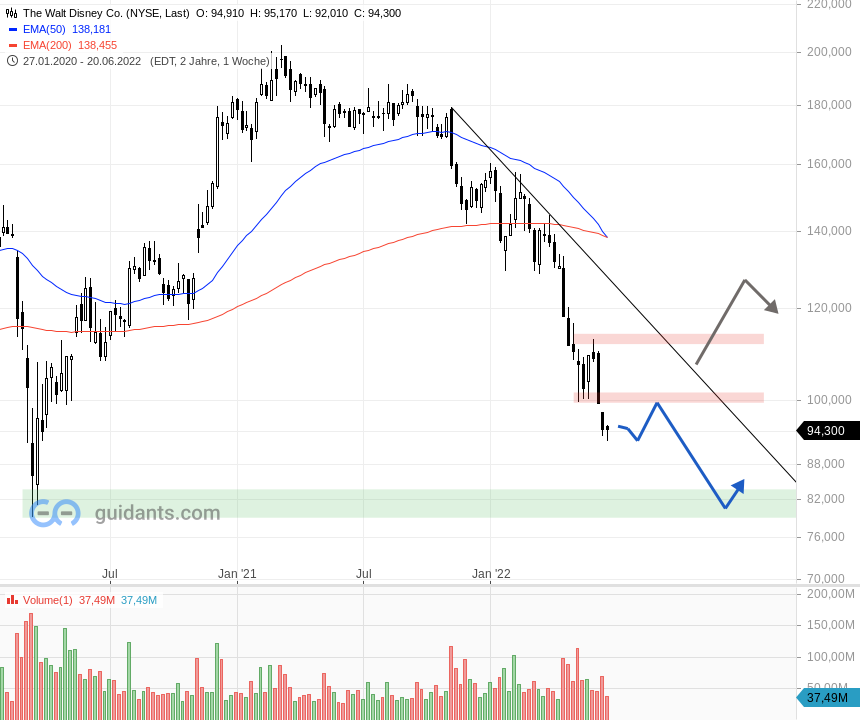