Sixt with large investment in own vehicle fleet

The company said today it plans to buy around 100,000 electric cars from Chinese manufacturer BYD Auto over the coming years. The first several thousand vehicles, which will be available this year, will initially be offered to Sixt customers in Germany, France, the Netherlands and the United Kingdom. A further 100,000 vehicles are to be acquired in several stages by 2028.

With this deal, however, the company is surprising its shareholders, to whom it had ruled out the purchase of e-cars just a few years ago.

The Sixt share price has been on a continuous downward trend since the beginning of the year. The last high in November 2021 could not be surpassed in February. Since then, the share has fallen by over 51% from €166.00 to €80.00. By investing in BYD’s new cars, investors became more confident again and the share price temporarily rose to over €87.00. If this upward movement continues, a rise to the next resistance at €95.00 could follow. If the share price turns again in the next few days, a downward movement with further lows becomes very likely. This could continue to the next support at €62.00, at which the price was also just 2 years ago. 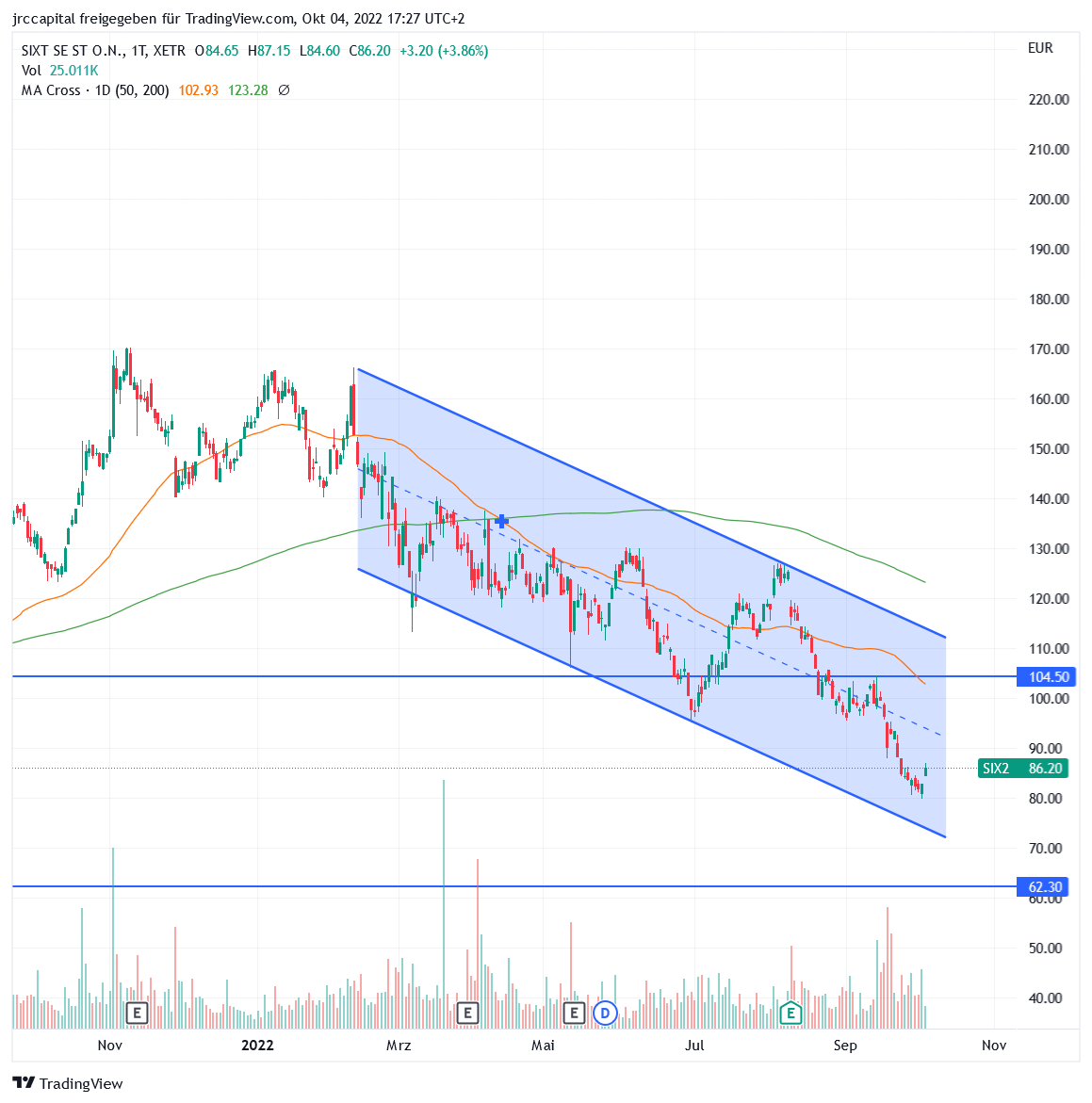