Before yesterday’s market close, the shares of the Australian-British mining group Rio Tinto rose by only about 0.34%. The share price thus does not appear to be continuing its current strong upward trend for the time being. The last low for this was on 31.10. at around €52.50 and has since risen by 30% at times. One of the reasons for the increase was rising steel prices, as the Group is one of the world’s biggest iron ore producers. With China also playing a central role in steel production and Rio Tinto importing into the country, the economic recovery and the easing of covid restrictions in the country may also have been reflected in the company’s share price.

The downward movement of the last few days has caused a change in the chart picture for the first time. In the uptrend, after overcoming the resistance at 59.60€, a bullish W-formation was formed and the pressure of the bulls increased. A Breakaway Gap on 11/11. provided confirmation of the continuing upward trend. A new high was reached with the last increase to €68.25 last Monday. Since then, the share price has fallen by almost 4%. The share price has marked the next support at €64.50. Should the price stay above the mentioned support in the near future and respect it, this can be interpreted as a bullish signal and a further continuation of the rise towards €70.00 could take place again. Otherwise, the price could fall to support or even below. Another possibility would be a sideways movement in the area of €66.00. 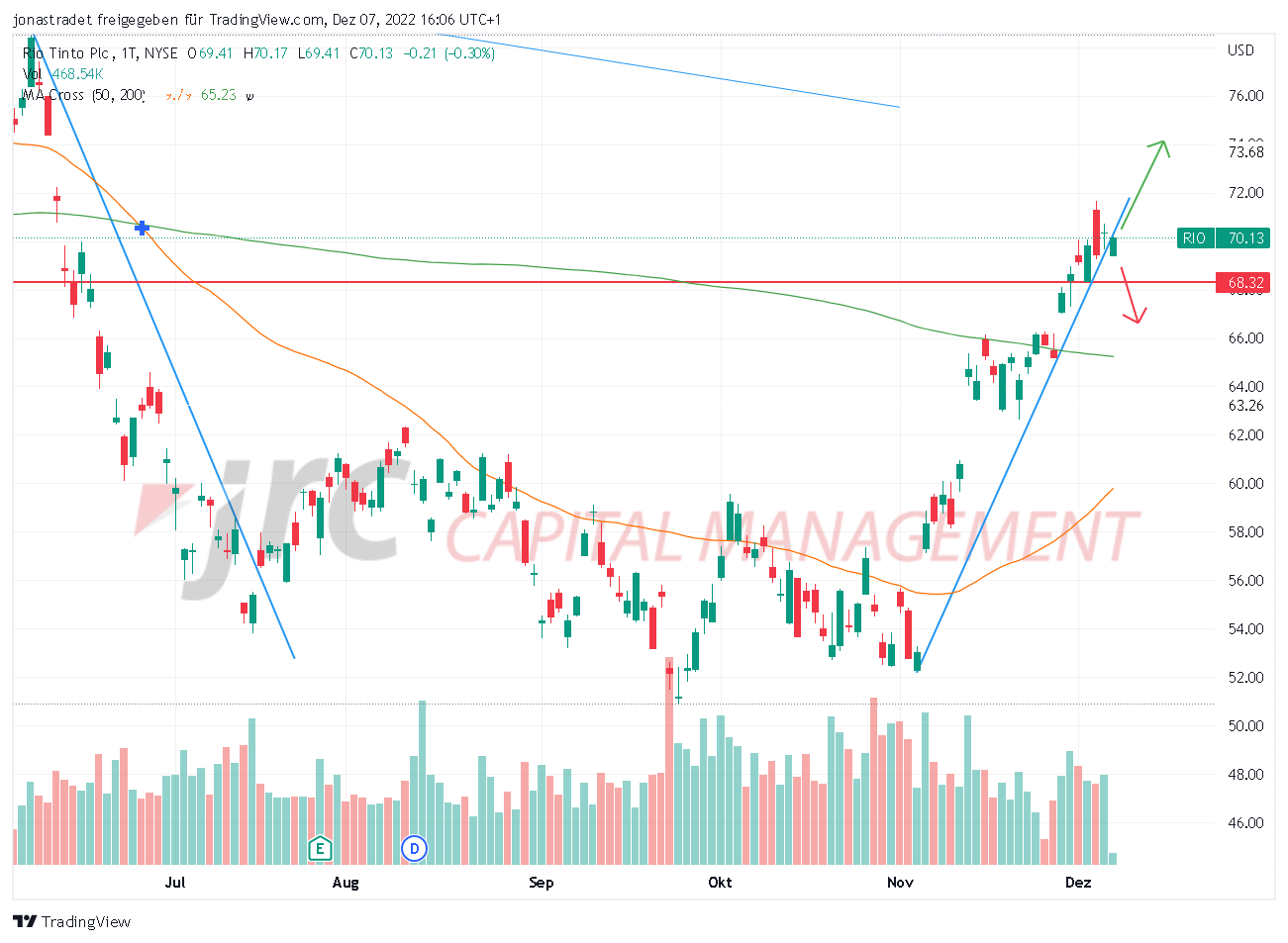