The Californian semiconductor manufacturer, which produces for the mobile phone industry produces,

was not spared from the crash of American tech stocks. The stock has lost over 38% at times since its January high of $193.00 and fell to $119.00 at the end of June.
However, the company shows sales of almost 40 billion annually; EBIDTA currently stands at just under 15 billion. This compares with relatively low debt of only $16 billion, a return on equity of more than 100% and a return on assets of almost 20%.
On the basis of these figures, which can by all means be regarded as strong, the
company could well survive the current economic situation.

In terms of price, the share price is in a slight upward movement and has rose Wednesday to almost $128.50.
The downtrend line it would touch at
price levels of $134.00, which is also where the 50 Moving Average Daily is. If the price overcomes this resistance, I believe that further price rises are possible. possible. However, if investor pessimism persists and share prices a further general decline, a further sell-off would also be likely for this share. likely.
However, this could then be followed by favorable
opportunities to buy. 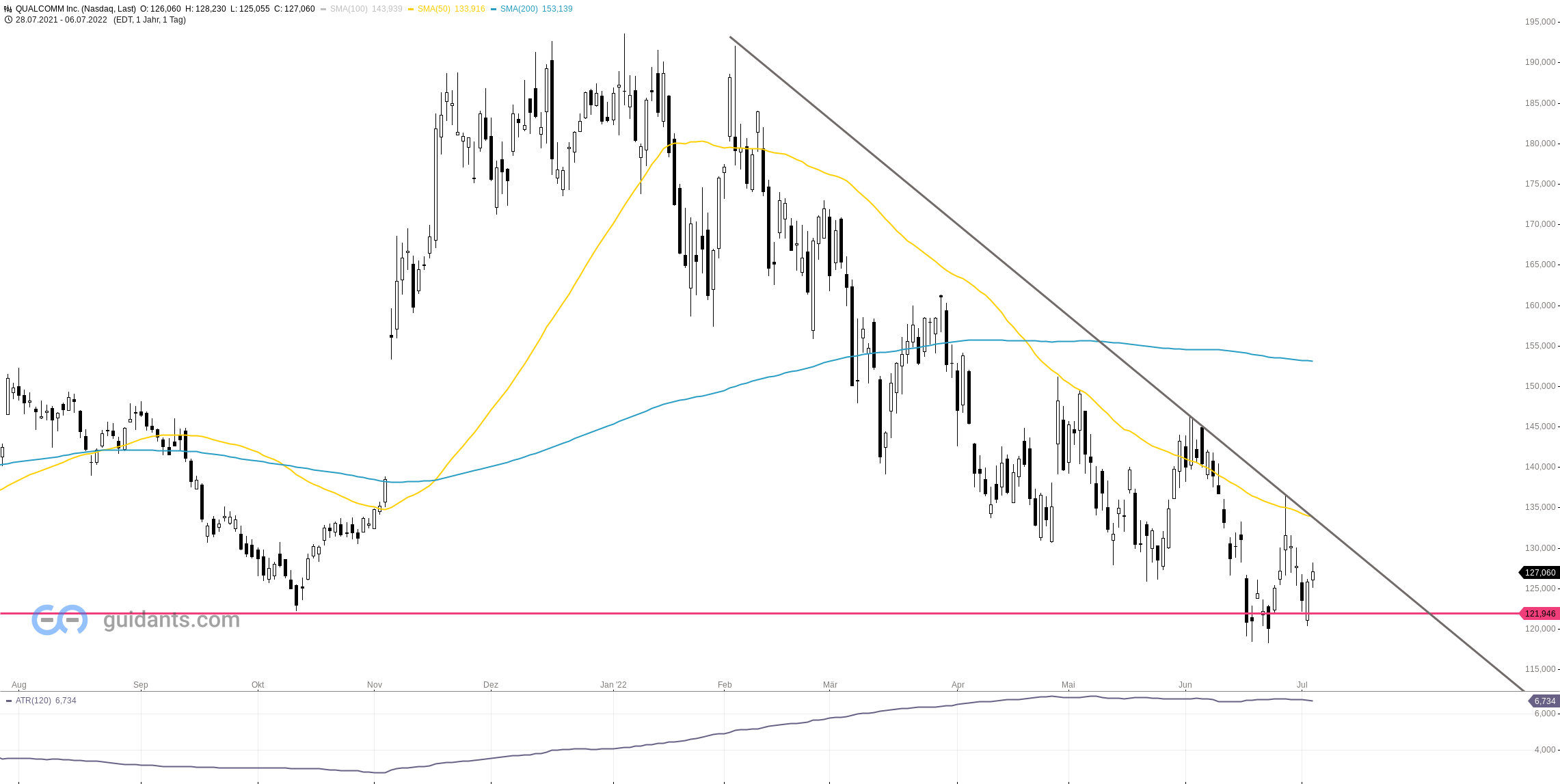