Problems at Lufthansa – How far can the share still fall?

It is already known that German Lufthansa, whose share price has not only been in a downtrend since 2018 (high of €22.20), but which fell below €5 in March 2020, is facing massive problems in terms of balance sheet or customer loyalty during the Covid pandemic.
The company currently has debts of 16.2 billion euros with an annual gross profit of just 2.26 billion euros.
Some of the shareholders who had hoped for rising customer numbers and the associated increase in revenue or profit with this year’s relaxations may now be disappointed.

If the ECB does indeed raise interest rates in the following months as announced, the airline’s debt problem could worsen.
In addition, the company is currently under a great deal of pressure, as the staff shortages that have been extended as a result of the pandemic and the competition on personnel costs in Europe are now being clearly felt: In the coming weeks, the airline plans to cancel more than 1,000 flights.
Whether it will be possible to make up for the losses of recent years with existing personnel after the pandemic-related downsizing remains questionable.

I currently see the possibility of a correction to €5.30, as there is support below this level. In the event of a possible increase, I see resistance at €6.10. 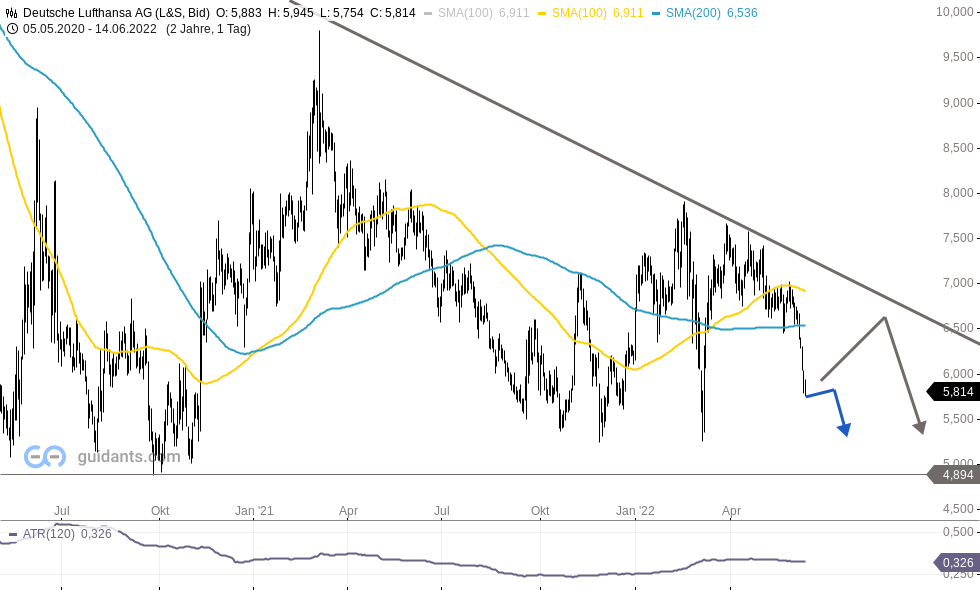 Waste Management – Will the share price continue to rise?
July 1, 2022