After the share price collapse at the end of February/beginning of March following the invasion of Ukraine by the Russian army, the stock was able to recover the bulk of its losses relatively quickly. Since the beginning of April, the bears then took command again and the entire price recovery was corrected again.

In the area of the March low around EUR 67, the DAX40 share has been able to stabilize again in recent days. This area would be predestined for a larger interim recovery to the medium-term downtrend line in the daily chart in the EUR 73 to 75 range. Only a breakout above this trend line would open up greater recovery potential, but a short-term recovery in the mentioned area is definitely possible, provided that the 67 mark is not undercut again on the daily closing. 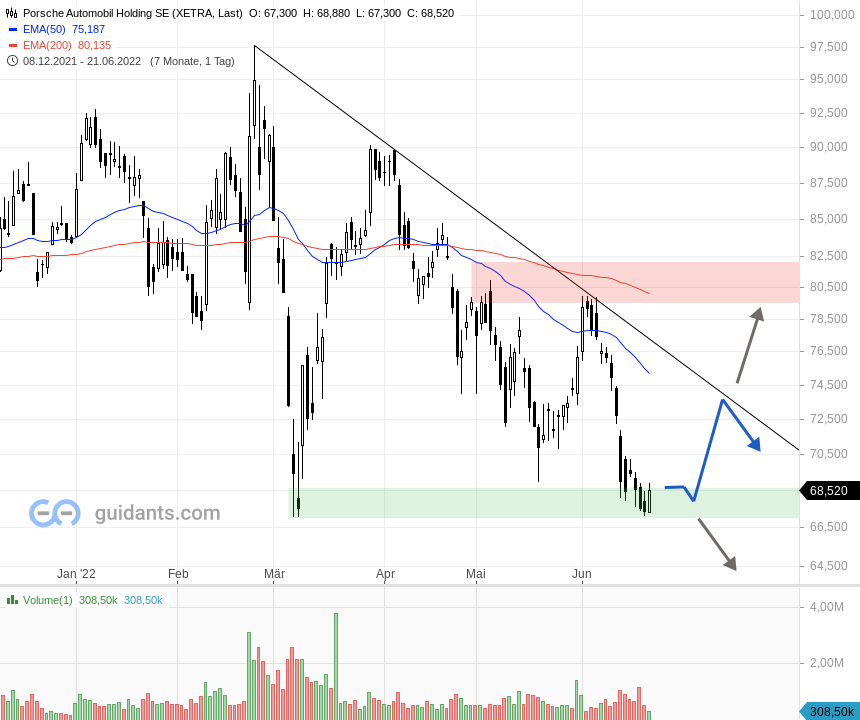