After yesterday’s stock market close, shares of the well-known streaming service rose by over 12%.
Yesterday, the share has so far moved even further upwards with +13.86%.
The price confirmed the ongoing upward trend most recently with a low at around $213.00 and has since risen by 29% at times.

The reason for the increase was that earnings far exceeded analysts’ expectations. For example, earnings per share for the third quarter of 2022 were estimated at $2.14/share, but were $3.10/share. This represents a change of only -3% compared with the prior-year quarter, but the share price fell by 57% in the period.

Furthermore, the provider’s subscriber numbers increased by 2.4 million, representing a 4.5% increase in customers, significantly exceeding its own expectations of 1 million new users this year.

In the current uptrend since mid-June, the price has marked a medium-term high at around $252.00 and a low at around $213.00.
Thus, it has secured a relevant support in the area around $213. The next resistance can be seen in the $330.00 area.
If the price continues to stay above and respect the support, this can be interpreted as a bullish signal and further rises could occur to above the 200-day moving average to above $300.00. Otherwise, the price could fall back to support. If this is breached, we could see a further descent to below $200.00. 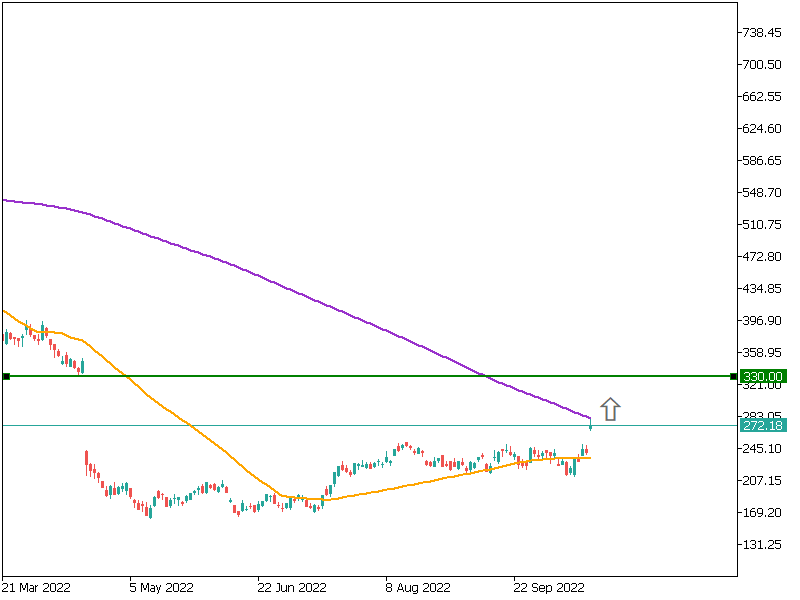