In the 3rd quarter of this year, carmaker Mercedes Benz again sold significantly more cars than in the same quarter last year.
Despite problems such as the current supply bottleneck, the automaker continued to see robust demand,
which is reflected in sales of over half a million new cars.
Compared to the whole of last year, however, this year’s totals are lower.
With a total of 1.52 million cars delivered, unit sales were 6% below the previous year’s figures.

The share, which has been in a downward trend since February of this year, fell again today to the support level at around €51.00 after mid-July. Should the price, which is now also well below the 200-day and the 50-day average,
hold above the support, a new rise towards €56.00 could follow.
Otherwise, the price could fall further below €50.00 and form new lows to the €46.00 mark, where the next support is located. 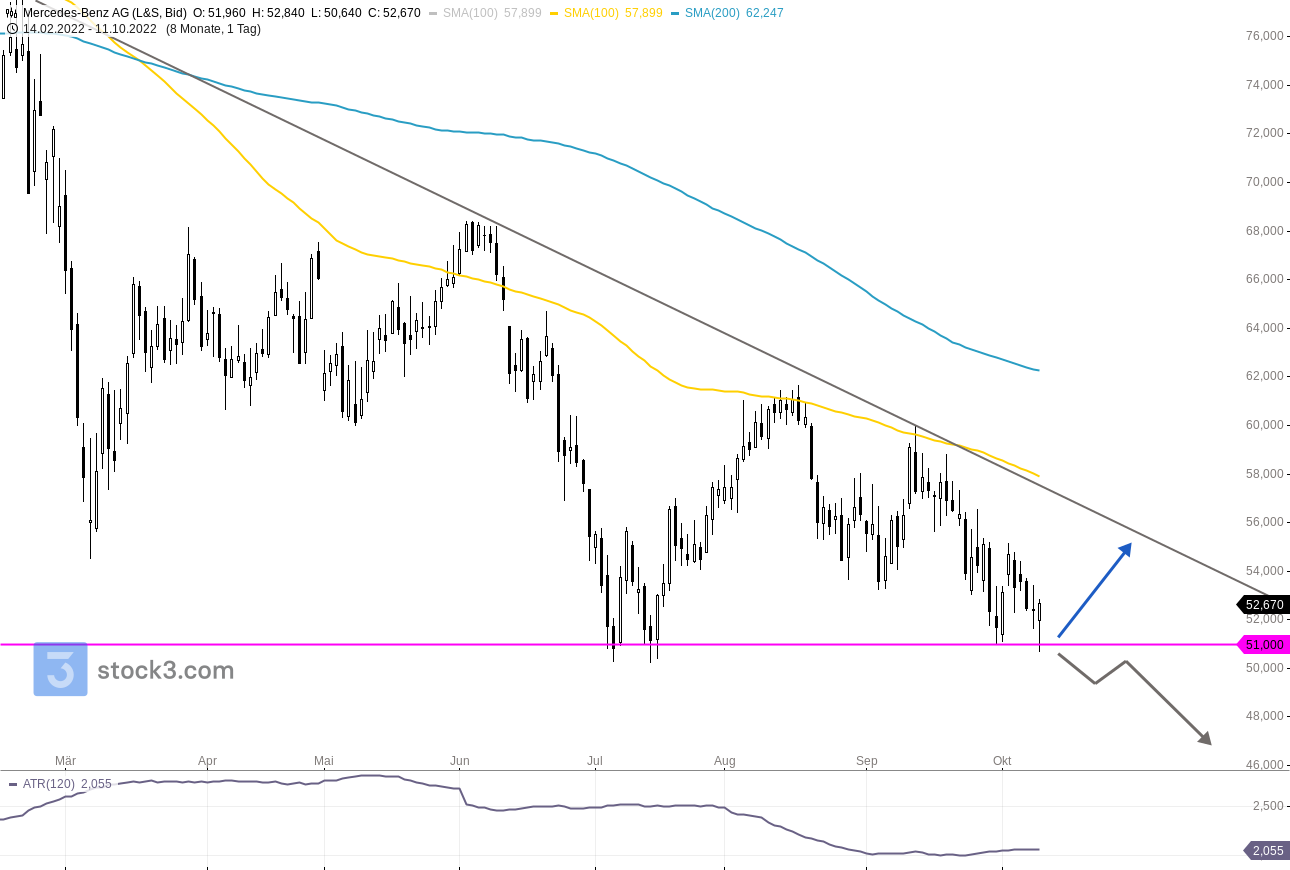