Before the close of trading on Friday, shares of U.S. investment bank Jefferies Financial Group rose 0.8%. In pre-market trading, the share price continued to move upwards today with +1.33%. In the ongoing uptrend, the share price last marked a low at around $29.06 and has since risen by almost 32% at times. The reason for the increase was the news that star investor Warren Buffet and his company Berkshire Hathaway invested in the asset manager in the 3rd quarter of this year.

The current upward movement has brought a positive change to the chart picture in the medium term. In the uptrend, a new high was reached with the last rise to almost $38.08 on November 15, after which a bullflag seems to be forming unless the price falls below the support secured at around $36.55. The next resistance above the last high can be identified in the area of $41.49. Should the price stay above the mentioned support after the market opening and respect it, this can be interpreted as a bullish signal and rises towards $38.00 or even above it could take place again. Otherwise, the price could fall back to support. If this is breached, we could see a further descent towards $34.00, below which the next support is at $33.87. A continuation of the recovery would thus be unlikely. The third possibility would be a sideways movement in the $38.00 area. 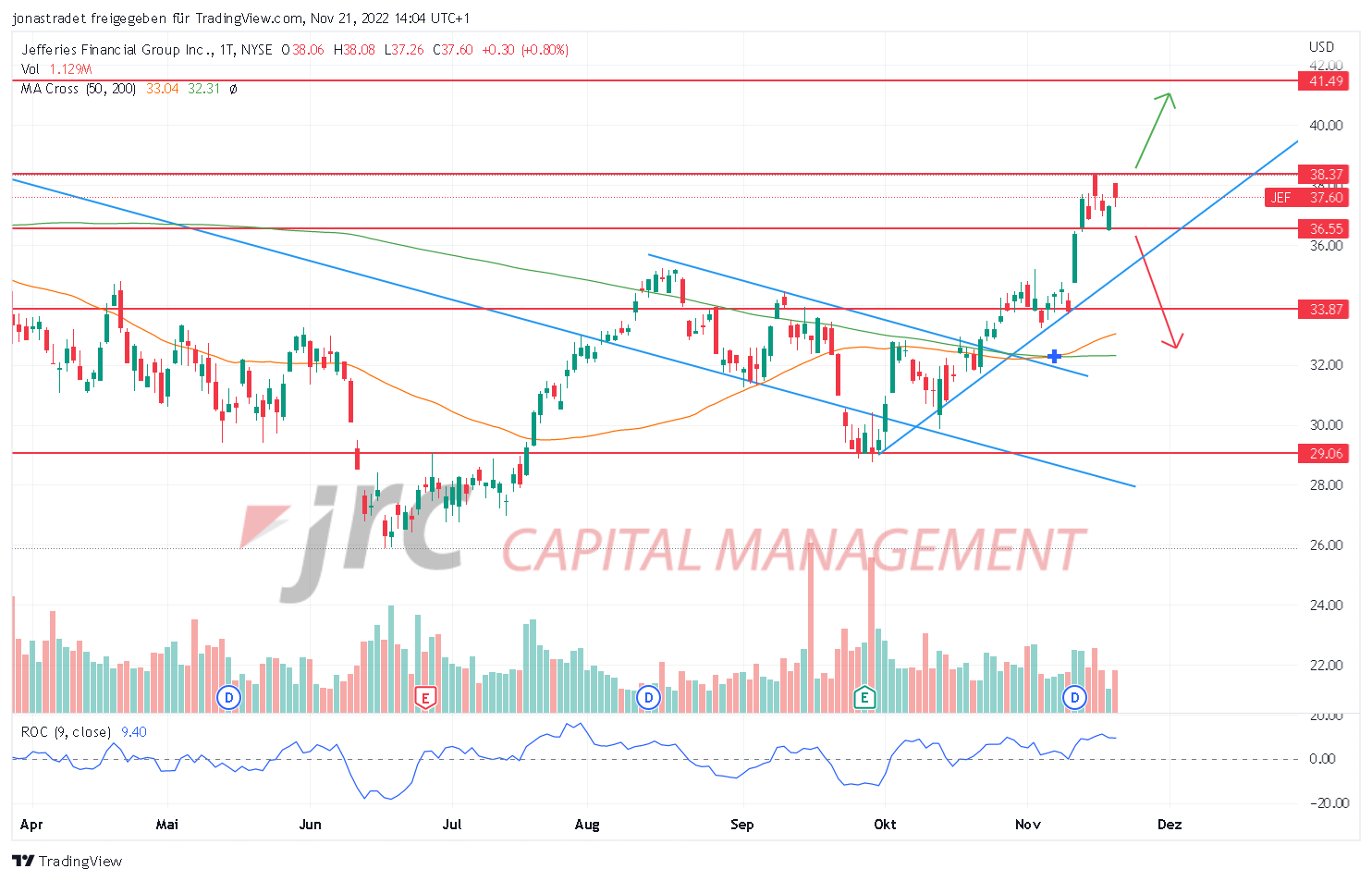