Intel: Could the rise continue?

The Californian semiconductor manufacturer Intel recently announced the publication of the financial figures announced in the 2nd quarter of this year. These are to be communicated on July 28. In the In the past quarters, the company has seen a significant decline in profits at however rather constant sales figures announced.EPS for June 28 is forecast at just $0.70 and revenue at $17.97 billion estimated, which represents a significant decline in the figures compared with those for the first quarter of this year would mean.

From a chart perspective, the price of the Intel share seemed to be on the rise from 10.06. onwards. a reverse shoulder-headshoulder formation, which would have been completed at price levels above $38.00. However, at midday today, the price continued to fall due to the high inflation data from the U.S. fell, which broke up the formation and, in my opinion, the achievement of price values of below $35.00 becomes very likely. The next important support is located there at $33.50. Currently, there could therefore be some short selling opportunities.Otherwise, I see the next resistance at $38.50 on a possible rise. If this should hold out, new short opportunities would arise there. In case of a break of the line the share could become interesting for a purchase, as there could then be further price increases. 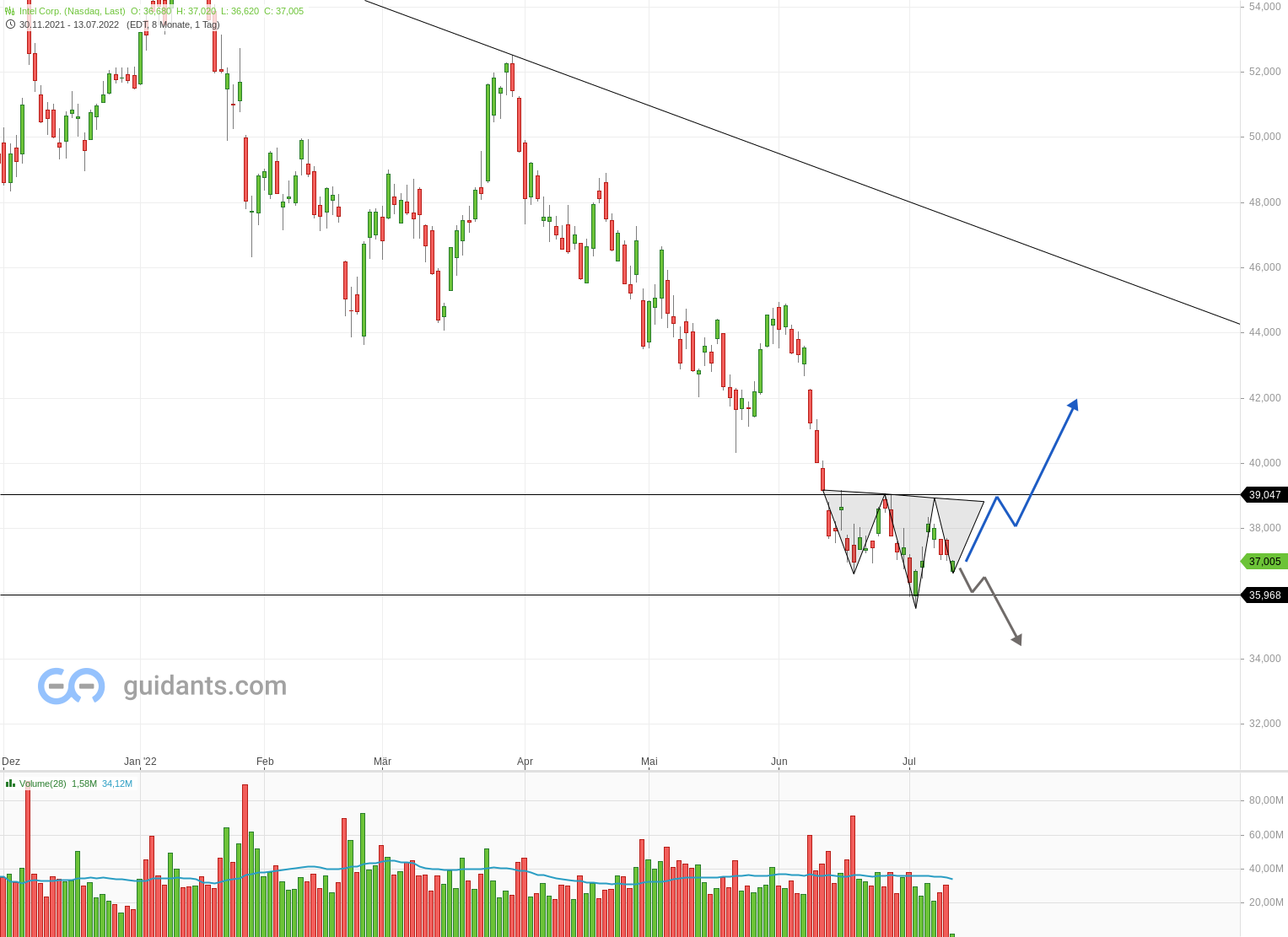