How serious is thyssenkrupp?

The share of Germany’s largest steel producer has now been in a strong downtrend for several years.
Price losses from 2018-2020 have not yet been recovered.
Positive New at the beginning of the year and an improvement in sales and earnings figures in March only marginally improved investor sentiment. Most recently, the share recovered from €6.70 to around €9.20.

The fact that other major international manufacturers such as Swedish steel producer SSAB are increasingly focusing on environmentally friendly green steel is putting thyssenkrupp under competitive pressure.
The joint stock company is now hoping for financial support from the EU, which should help the group in the largest restructuring in the company’s history.
Thyssenkrupp’s reliance on natural gas for steel production until 2026/27 could be seen as rather risky in the current situation, as the price of raw materials may continue to rise sharply due to war and inflation.
Not until 2027 is production to continue partly with hydrogen, whether the group will survive until then is questionable in my opinion.

In the short term, I see a correction with a target price of €6.50, which may represent a short opportunity. A stop for this could be set above the downtrend line at €10.00, as this has held up so far. 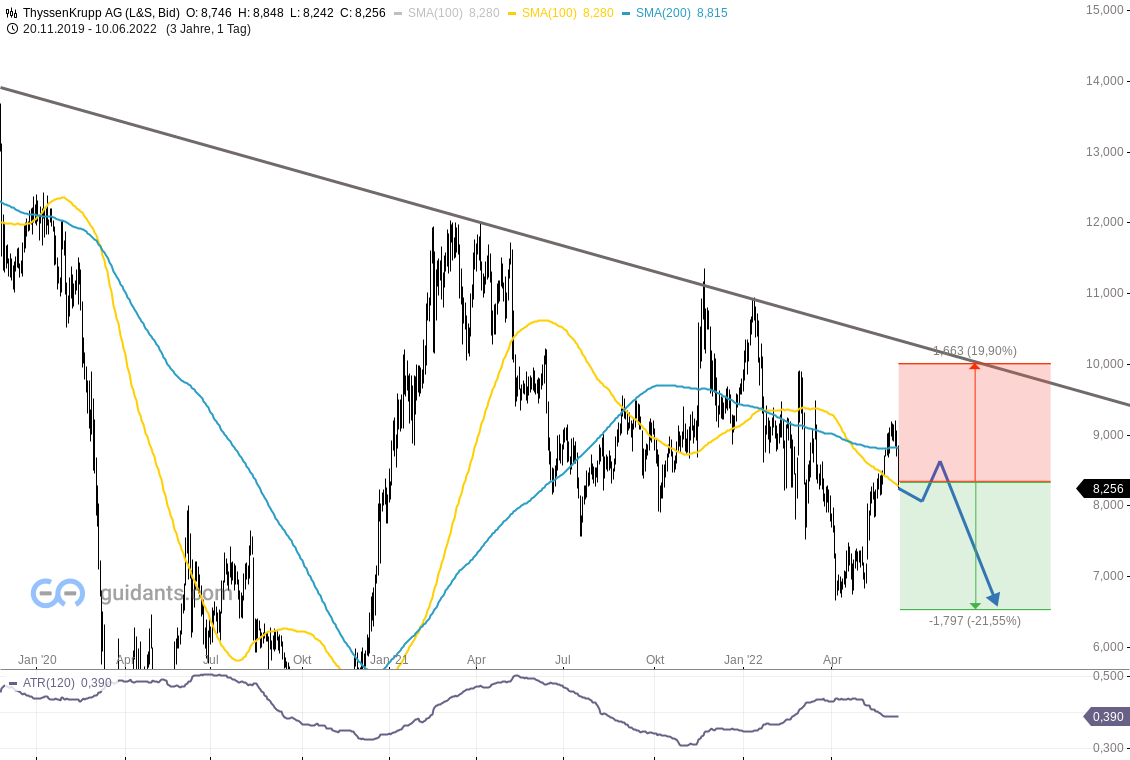