HEINEKEN – Does the stock taste better than the beer?

Technology stocks came under significant selling pressure in recent weeks in line with the significant rise in interest rates worldwide. Defensive stocks, such as those from the consumer goods sector, held up much better in comparison and even made gains in some cases.

After the break of the downward trend line in the daily chart at the end of April, the share of the global beverage group Heineken consolidated in a comparatively narrow trading range; the recent crash-like setback in the major leading indices passed by the share almost without a trace. The movement tends to have the character of a bullish flag formation after the previous rise.

A quite solid horizontal support has formed in the area around EUR 88.00 to 88.50. As long as this support zone is not undercut again on the daily close, the bulls tend to have the better hand. If a breakout from the flag formation to the north succeeds, the way would be clear from a chart-technical perspective for a renewed run towards the EUR 100 mark. 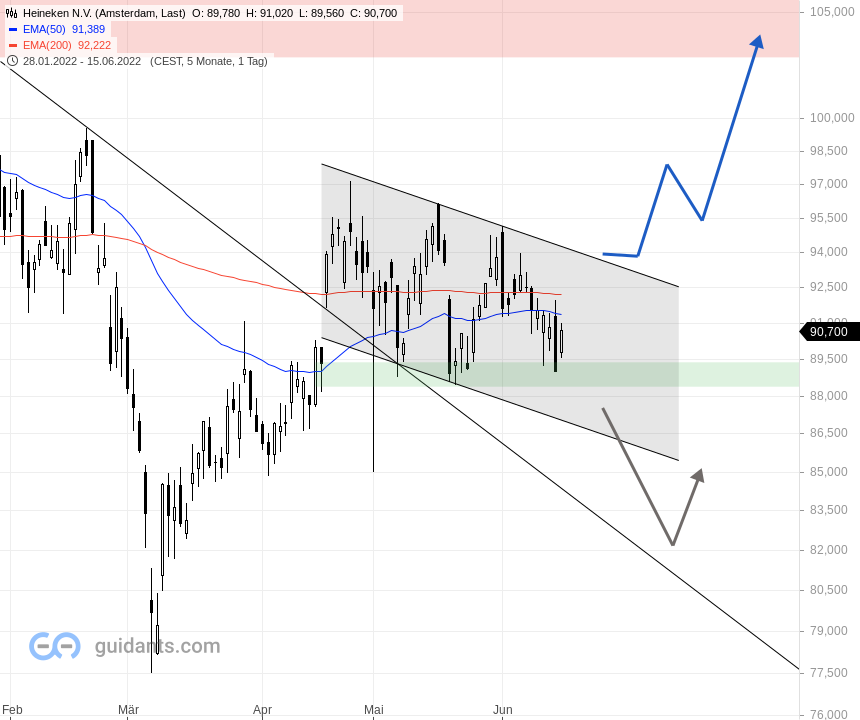