Like so many stocks, Alphabet has been in a downtrend since early February 2022 after hitting an all-time high at that time. This was followed by the first bottoming out at the end of May and the current low for the year at $101.91. This was followed by a sideways movement that continues to this day. With good second quarter numbers and a 1/20 share split, the company has made a solid start to the second half of the year.

According to latest news, Alphabet announced to expand the range of in-app payment services in the Asian region. A “pilot program” should be launched to increase competition, he said.

On the chart, the stock looks moderate. The short-term downtrend since mid-August has respected the lower trendline so far (support at approx. $108). Thus, a short-term recovery to $115 could be expected.
Investors should still be patient for a change in trend.
Towards the end of the year, the first breakout attempts – from the triangle formation – can be expected. On the upside, price targets at $125-$130 are realistic.

Vice versa, prices below $100 – $95 could be reached quickly.
We will have to wait for the Q3 figures to get an indication in the above-mentioned directions. 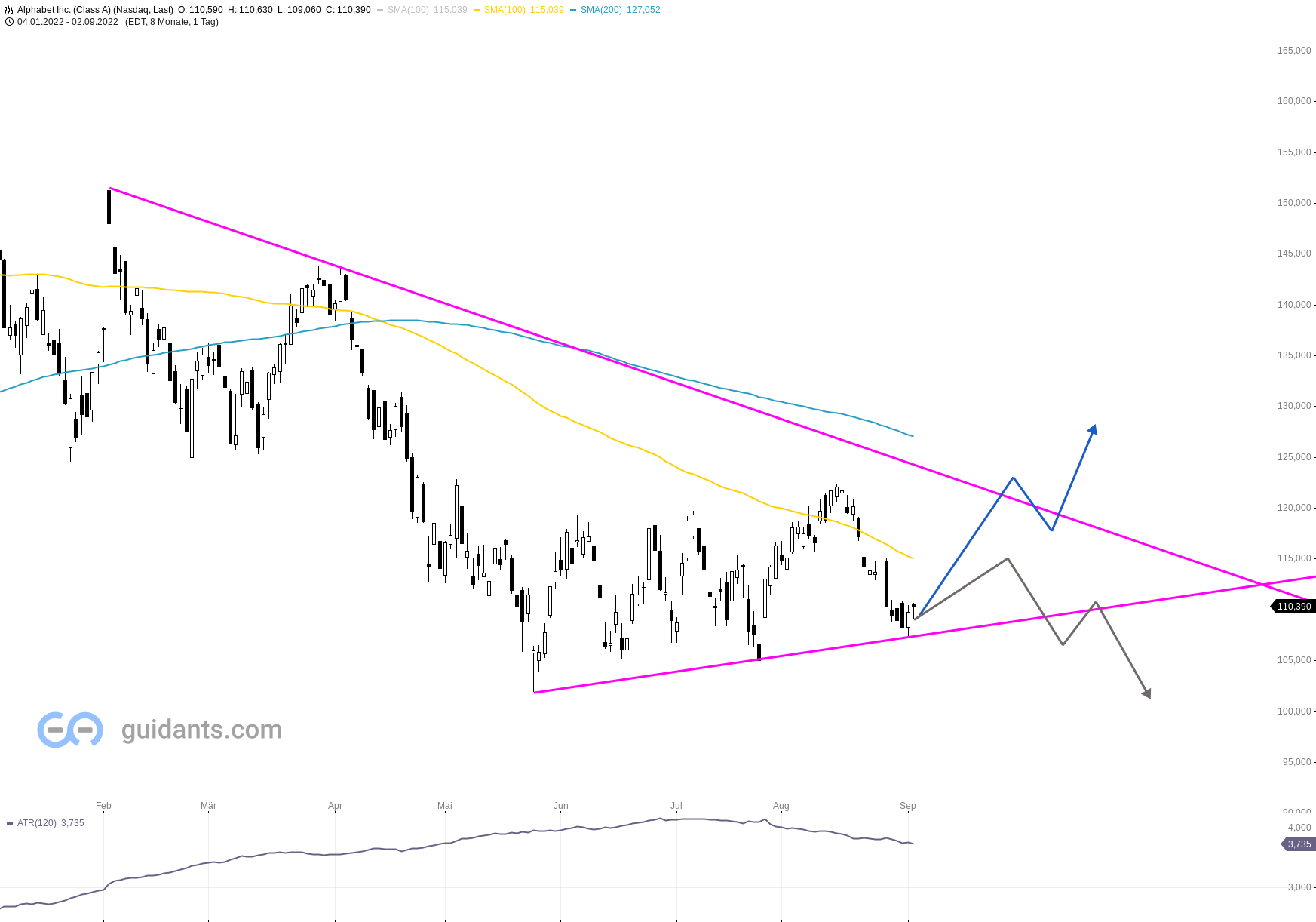