Freenet: What’s the state of the Internet and mobile provider?

The share of the telecommunications company Freenet rose by 2.33% today. The share price of the company, which includes mobile communications provider Mobilcom Debitel, had lost almost 17% since its last high at the beginning of May. The long-term uptrend since August 2020 was broken at the beginning of March, but the stock has formed further higher lows and thus a new, parallel uptrend below.

As the new uptrend was confirmed a third time by today’s rise, I expect a further rise in the current uptrend channel. The next resistance could put the brakes on the current climb at around €25.00. Later, I see further rises to the upper channel line at €28.00 as likely.

If the stock behaves rather bearish in the new week, the price could break out of the upward channel to the downside. For this, I would target a price of €21.20. 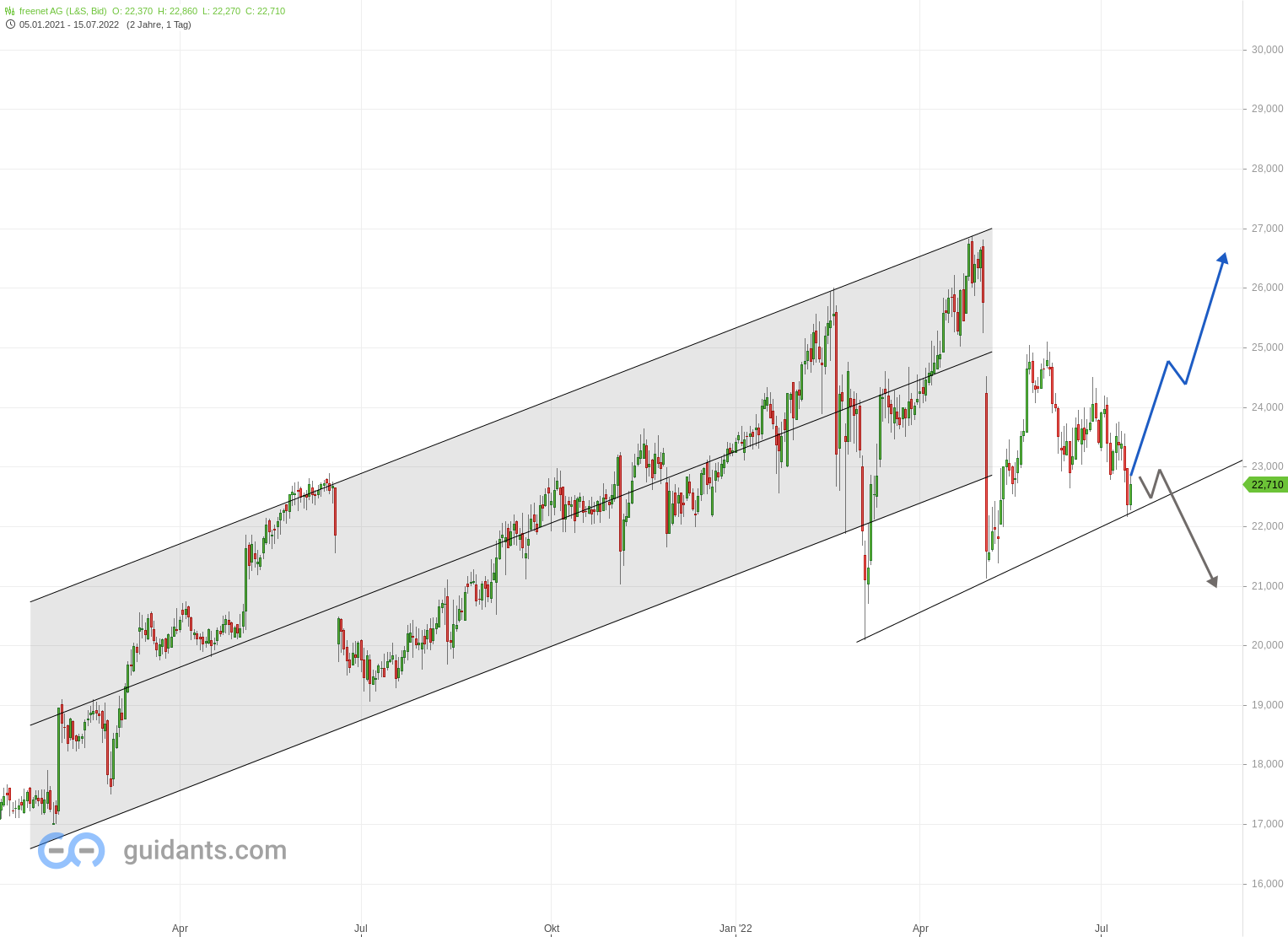