According to the announcement of the Japanese automaker, production of the vehicle bZ4Xs will resume.
Production was stopped due to safety deficiencies in the spring of this year.
As one of the largest car manufacturers in the world, Toyota had to withdraw over 2700 vehicles.
In addition, another defect regarding airbags was only discovered in the last two months.
Thus, both problems could be solved in the same breath.

The current price of around $140 could be a good entry opportunity for investors with positive expectations.
Analysts rate the stock above average as a buy with good earnings per share expectations.
Since the beginning of the year, the share has been in a downward trend that is now losing momentum.
A first positive confirmation of the trend break would be a price of $145, then it will be seen whether the resistance at $150 can be withstood or broken.
However, if the 145 mark is not even reached, investors can expect further falling prices until the end of 2022. 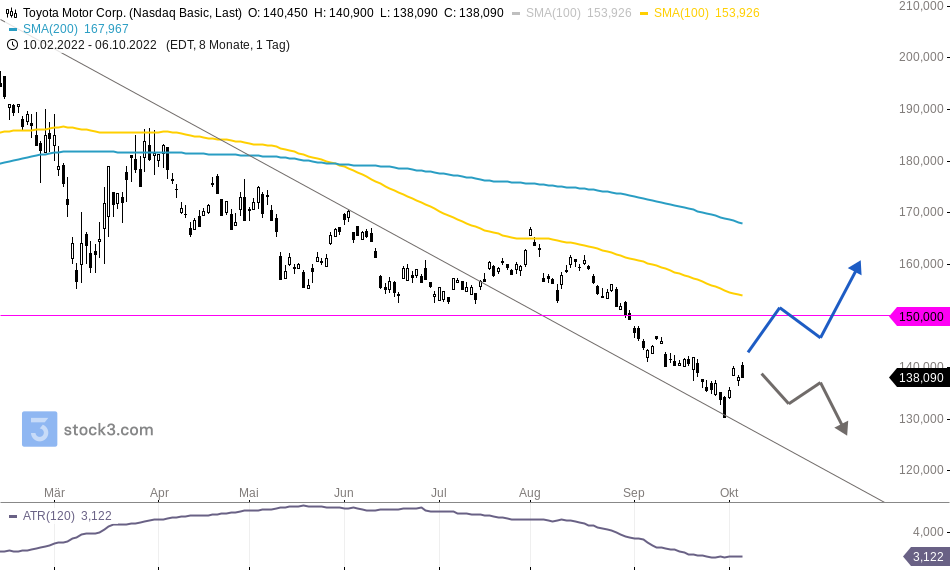