Before yesterday’s close, the iShares Global Timber & Forestry ETF rose by about 1%. Prior to the sustained upward trend since the end of September, the price had last marked a low of €23.29 on September 30 and has since risen at times by over 13%. The reason for the increase was the recovery movement of the largest stock positions in the ETF, which are represented for example by Weyerhaeuser, Rayonier and West Fraser Timber.

The current upward movement has brought a positive change to the chart picture. Although the share price is still far from the August high, the last rise to approx. reached a new high again. The next resistance above this can be found in the area of 27.30€. The price marked the last support at €25.33. Should the price stay above the mentioned support in the near future and respect it, this can be interpreted as a bullish signal and a continuation of the rise towards 27.00€ or even beyond could take place. Otherwise, the price could fall back to support. Another possibility would be a sideways movement in the area of around €25.50. 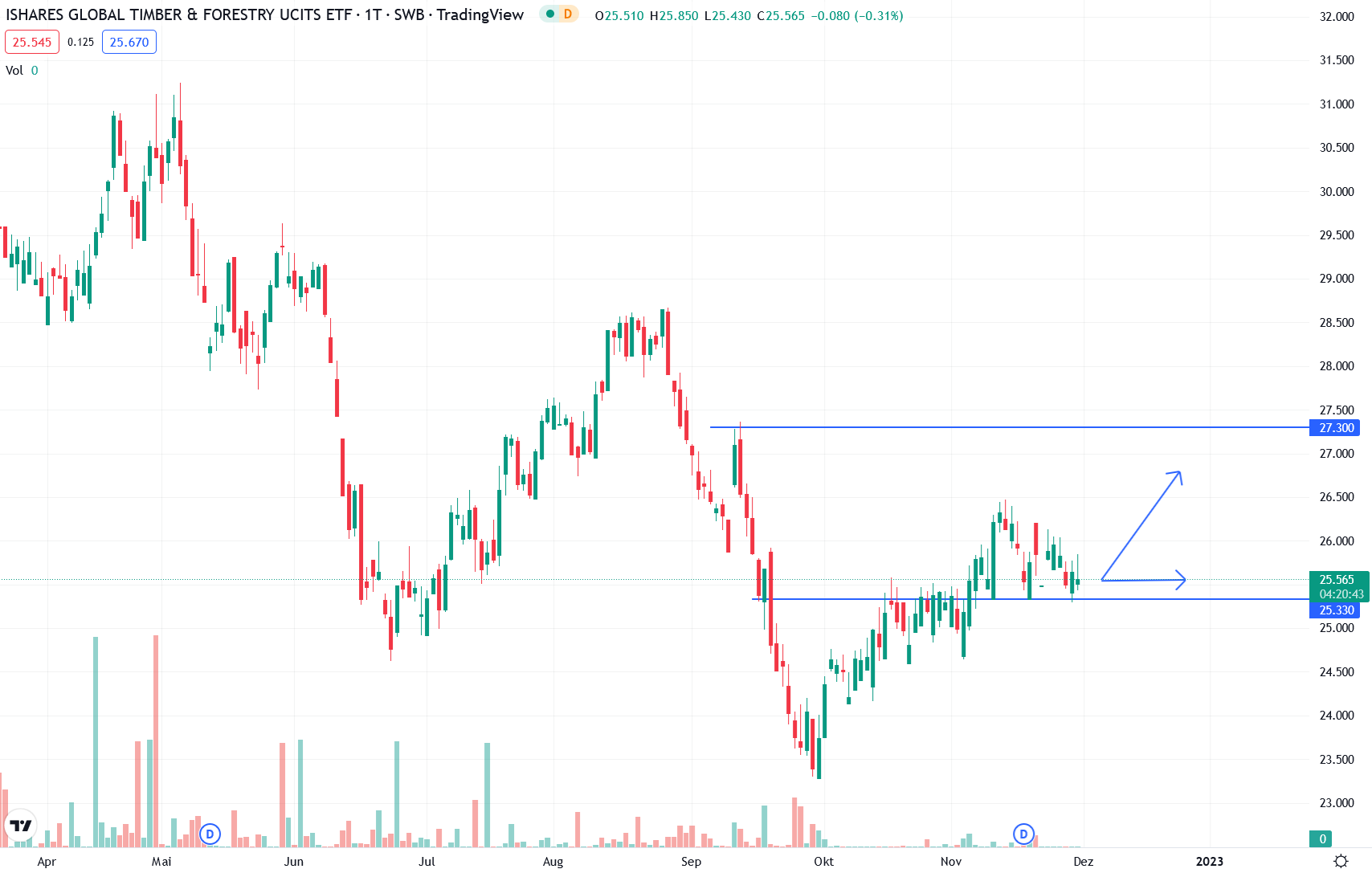