The share price of Australian-British mining company Rio Tinto, one of the world’s largest iron, aluminum and copper producers, has lost more than 40% of its value in the last 12 months.

At the same time, the company is in an exceptionally good position thanks to its global diversification in many different commodities and also thanks to strong corporate figures. In addition to relatively low debt ($13.5 billion total debt versus EBIDTA of $33.6 billion debt and free cash flow (after interest & dividends) of nearly $15 billion), the company shows a return on assets of 18.4% and a return on equity of nearly 42%.

However, according to an industry study, the company is struggling with economic uncertainties and cost pressures. The risk that the half-year figures might miss expectations is likely to have contributed to the recent share price declines. 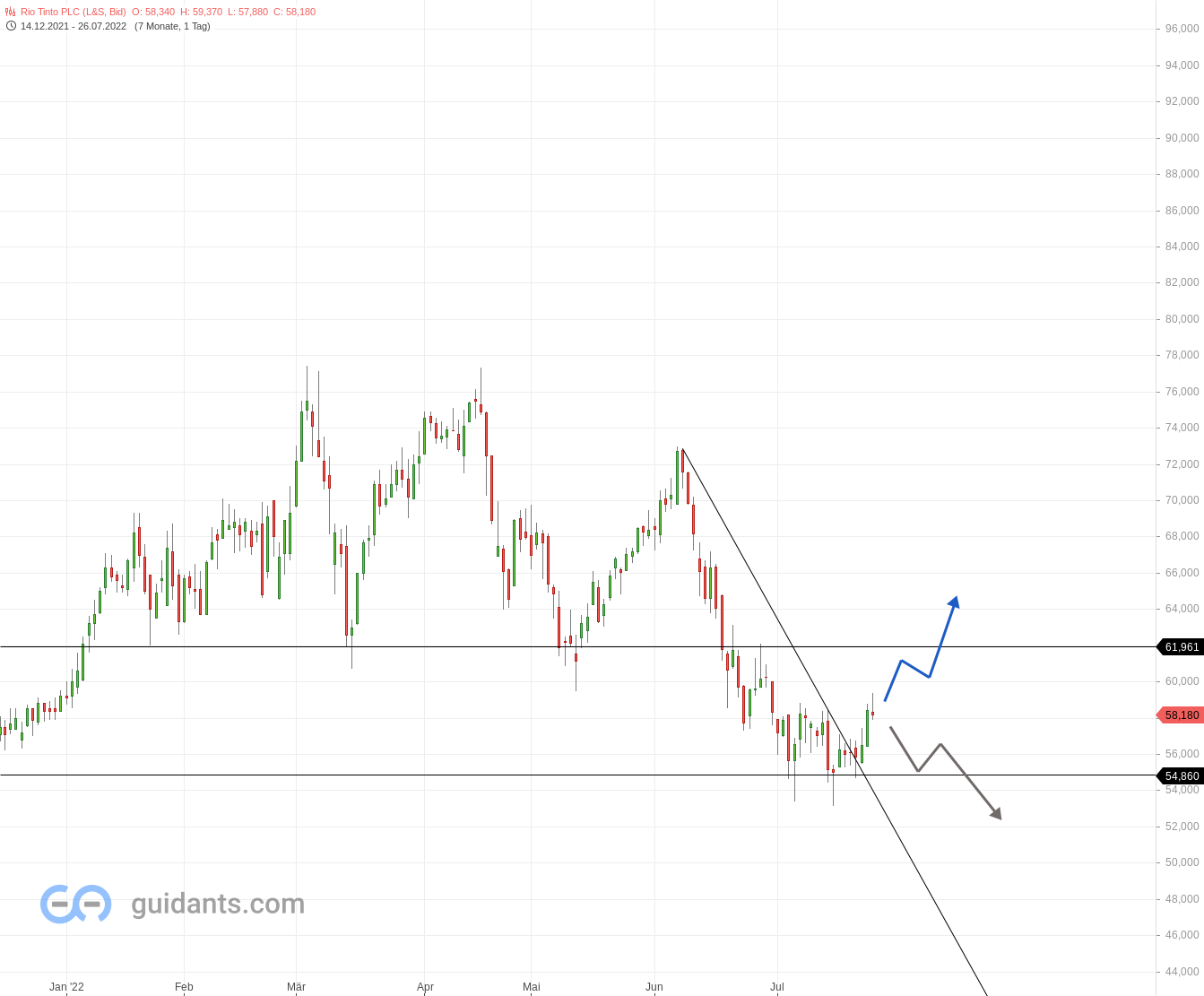 Forex levels in the morning
February 2, 2023