Hyundai: Can the downward trend be broken?

Since the beginning of 2021, the Korean automaker’s stock has been in a downward trend after reaching an all-time high at that time.
Another strong downward movement at the beginning of the year led to the formation of the low for the year at €29.
This was followed in February by a recovery to €36.20 by mid-year, where the share was able to form resistance just below the high for the year.
Since then, the downward trend continued to be respected.

The company’s latest figures indicate good sales of the cars.
With an increase of 12% compared to last August, Hyundai sold over 300,000 vehicles.
Furthermore, the NAVI operator TomTom announced today that Hyundai will equip the entire European fleet of vehicles with your navigation system.
Difficulties may arise in American sales. U.S. President Biden had announced a few days ago that subsidies on EVs would be reduced.
Chart-wise, the sentiment could reset at the support in the €32.60 area.
With the positive figures, an upward movement to the resistance zone at €34.70 could take place.
Otherwise, the share could continue to follow the downward trend despite the positive news. 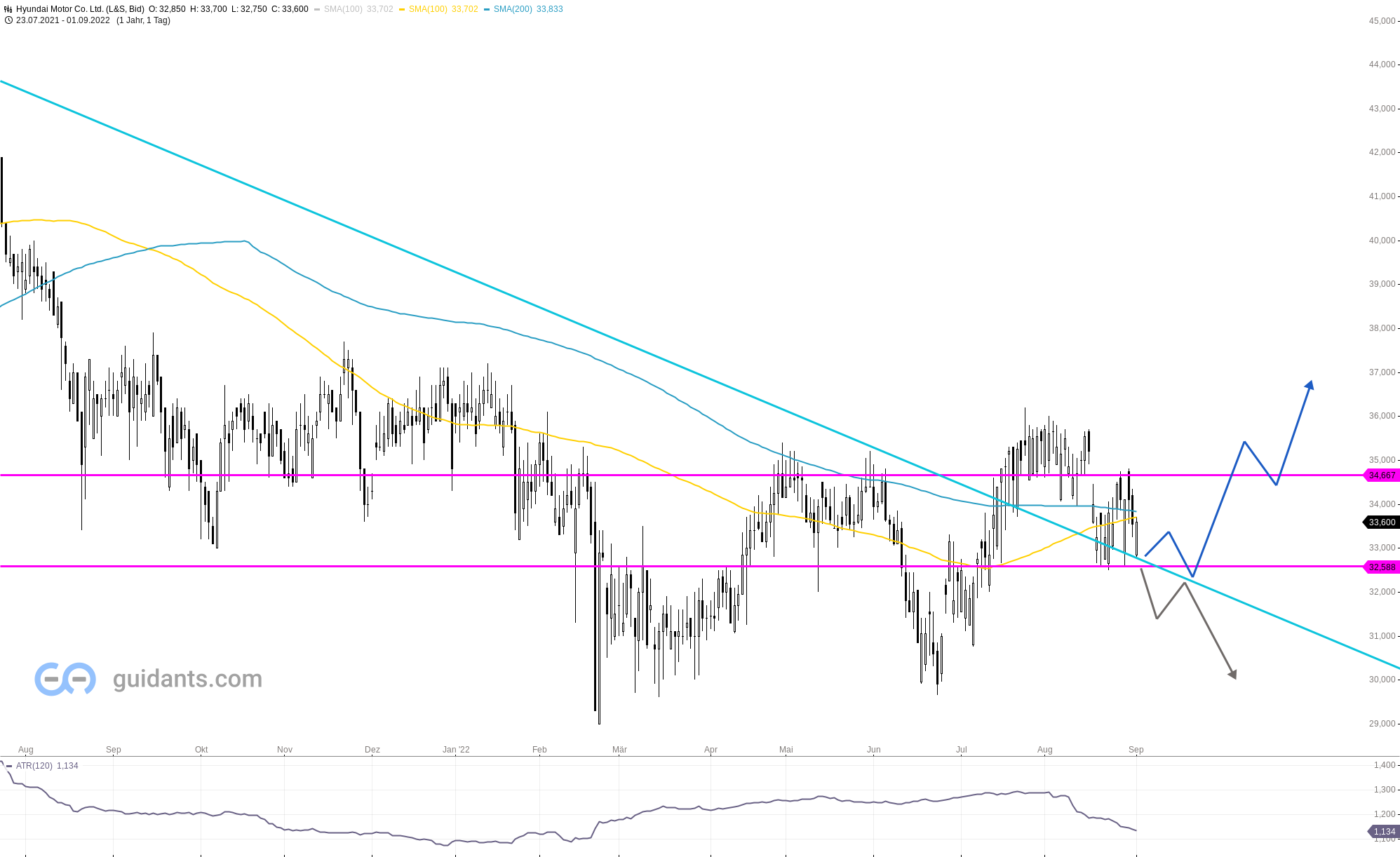