The new inflation figures in the U.S., which were higher than expected, caused the prices of U.S. government bonds to fall yesterday (Thursday), while yields rose sharply in return. The future on the 10-year Treasuries (T-note future) fell by 1.22 percent to 110.12 points. The yield on 10-year government bonds rose to 4.05 percent, while that on 30-year bonds rose to 4 percent, the highest level since 2011.

At the start of trading, it was announced that U.S. inflation weakened slightly in September, but at 8.2 percent was still above market expectations. According to market observers, it can be assumed that the U.S. Federal Reserve will continue to fight high inflation with sharp interest rate hikes in the coming months, which is currently giving a particular boost to yields on the U.S. bond market.

After reaching a high in August 2020, US 10 Year T-Note futures have fallen steadily from around 140 points over the last 2 years to 110 points, a drop of over 20%. If the next support at 105 points holds, a rise could follow again. However, the current downward movement has also long since broken the long-term upward trend since around 2000. If the bond price continues to plummet, it could also soon reach 100 points. 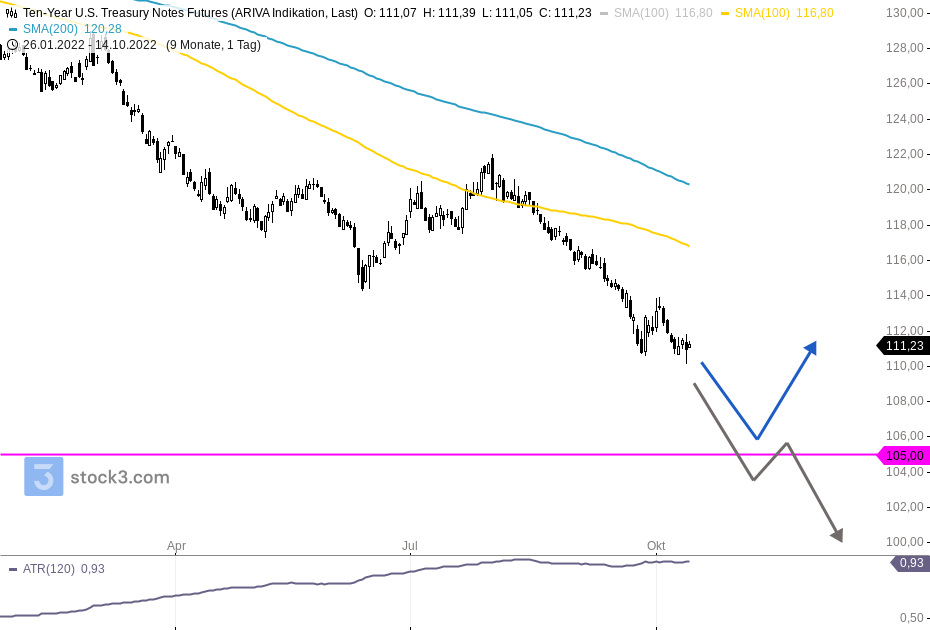