Gold breaks through the support level

As mentioned in the last article on the gold price, the price has been in a downward channel since March.
After he on 15.08. tested the top of the channel and it continued to hold up,
the price has again fallen below the 50-day moving average and has thus corrected from $1800 to currently $1658.

On September 01, the price again hit the $1680 level and initially successfully tested the resistance there as it did on July 21.
The course has changed between 01. and September 12 only recovered slightly and from Sept. 13. a renewed stronger downward movement began.
In the process, it broke through the support level yesterday and reached new lows. The gold price is thus lower than it has been since April 2020.
However, those who are waiting for a favorable buying opportunity may have to wait a little longer.
Since the price is only in the middle of the downward channel, further price declines to the bottom of the channel with levels below $1600 are very likely.
Otherwise, the price could unexpectedly recover and start a new rise to the top of the channel.
This also coincides with the 50-day moving average at current levels of $1730. 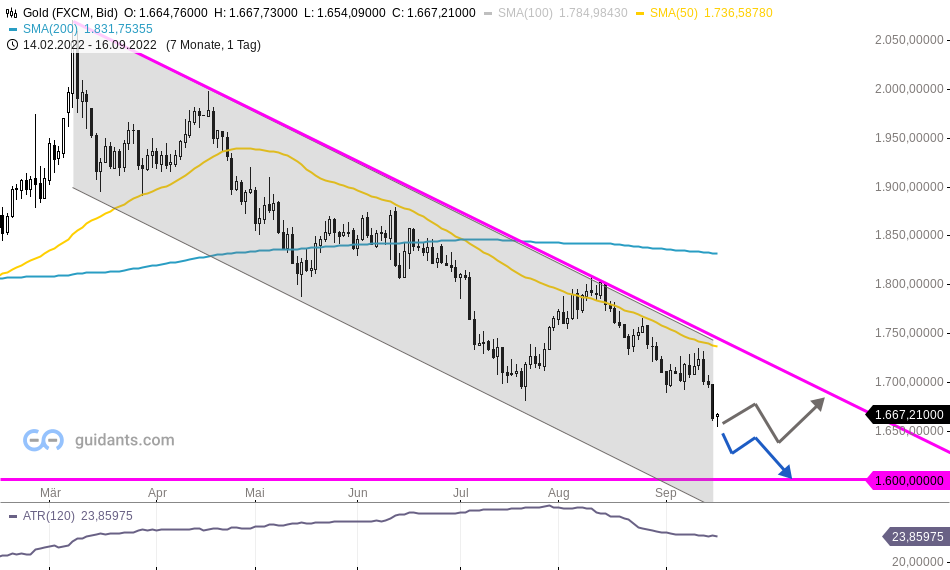