The stock market started today, Wednesday, with slight losses: The DAX has so far lost at times more than 1% and the U.S. indices Nasdaq 100 and the S&P500 currently show similar price changes. Reasons for the price declines can be found on the one hand in Russia’s current war policy and on the other hand in the FED’s interest rate decision expected for today.

Putin declared a partial mobilization of Russian reservists in a video address today, confirming his intention to annex the parts of Ukraine currently under Russian occupation. This escalation of the war in Ukraine increases uncertainty about the extent of the economic damage to European nations.

The Dax has been in a downtrend since the beginning of the year, losing 23% since its last all-time high. Even at the last high in mid-August, the price was unable to break the downward trend and fell back towards the 12500-point support. This has held up several times this year, but that could change now if the price falls further, as the price triangle continues to tighten. If the price falls below this level, further price declines are also possible below 12000 points. Otherwise, there could be a small recovery movement to the downtrend line currently at 13500 points, which, however, is considered less likely due to the current situation. 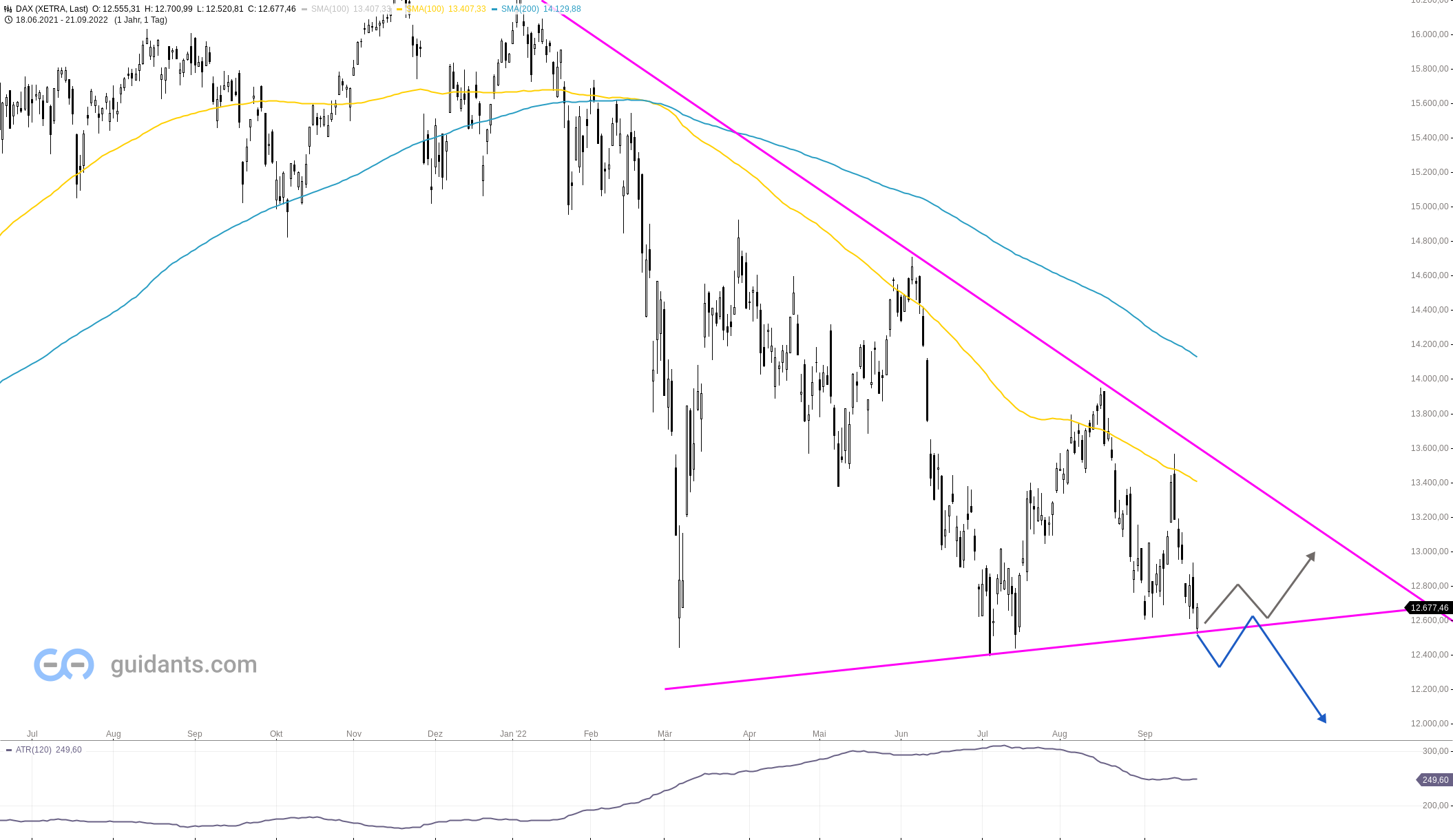