The Dax started today with a small recovery after yesterday’s sell-off of over 3%. German automotive stocks in particular (Porsche almost 6% and Daimler 5%) and chemical companies such as Covestro and BASF (both 3.4%) rose by several percent.

Thus, it has tested the support at 12400 another time after the beginning of March, but so far does not show enough strength to assume a new rise. In addition, the current price has broken away from the downtrend line it last crossed on 06.06. touched at 14710 points, quite far away.

If the price overtakes yesterday’s high by the close today, I expect a further recovery towards 13300 points, perhaps even to the next resistance at 13700 points.

If the support at 12400 points does not hold, I expect a further price decline to the next support at 11500 points. Due to the weakness in the Dax, which has now already persisted for a longer period, this scenario is more likely in my opinion. 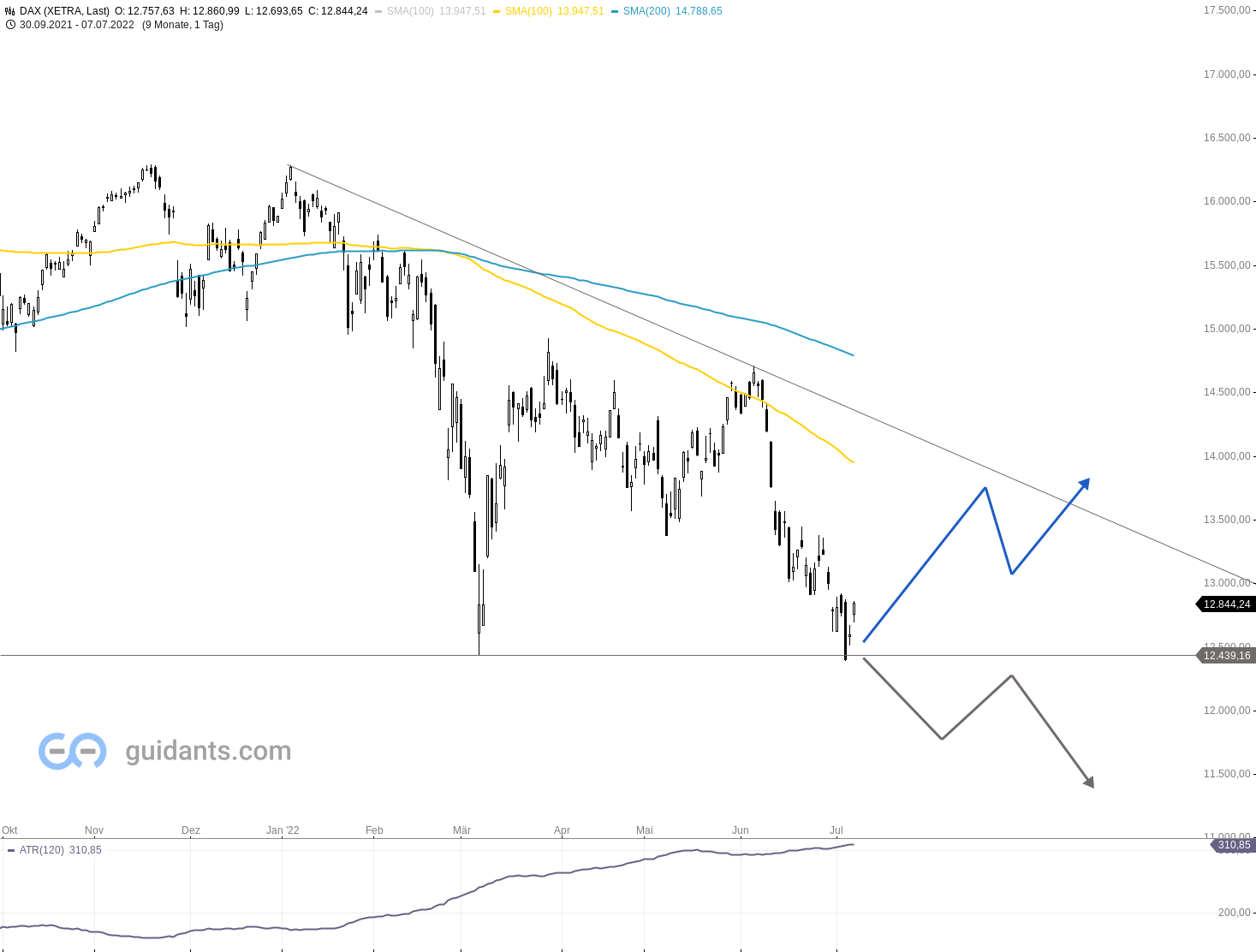