After yesterday’s market close, shares of the well-known semiconductor production machinery manufacturer rose by over 2.32%.
Today, the share moved even further up with +0.03% before the stock market opened.
The price last confirmed the ongoing downward trend with a low at around $363.15 and has since risen by 30% at times.

The reason for the increase was that earnings were slightly above analysts’ expectations.
For example, earnings per share for the third quarter of 2022 were estimated at $3.75/share, but were $4.20/share.
This corresponds to a change of only -19% compared with the prior-year quarter,
while the share price fell by over 30% during the period.

Furthermore, the share price broke above the 50-day moving average yesterday,
which can be interpreted as a bullish signal for further increases.

In the current downtrend since November 2021, the price has marked a medium-term high at around $590.00 and a low at around $363.15.
Thus, the price has secured a relevant support in the area around $410.00.
The next resistance can be seen in the $585.00 area.
Should the price continue to stay above the support and respect it,
this can be interpreted as a bullish signal and further rises could also occur above the 200-day moving average to above $600.00. Otherwise, the price could fall back to the newly broken support at $460.00.
If this is breached, we could see a further descent to below $400.00. 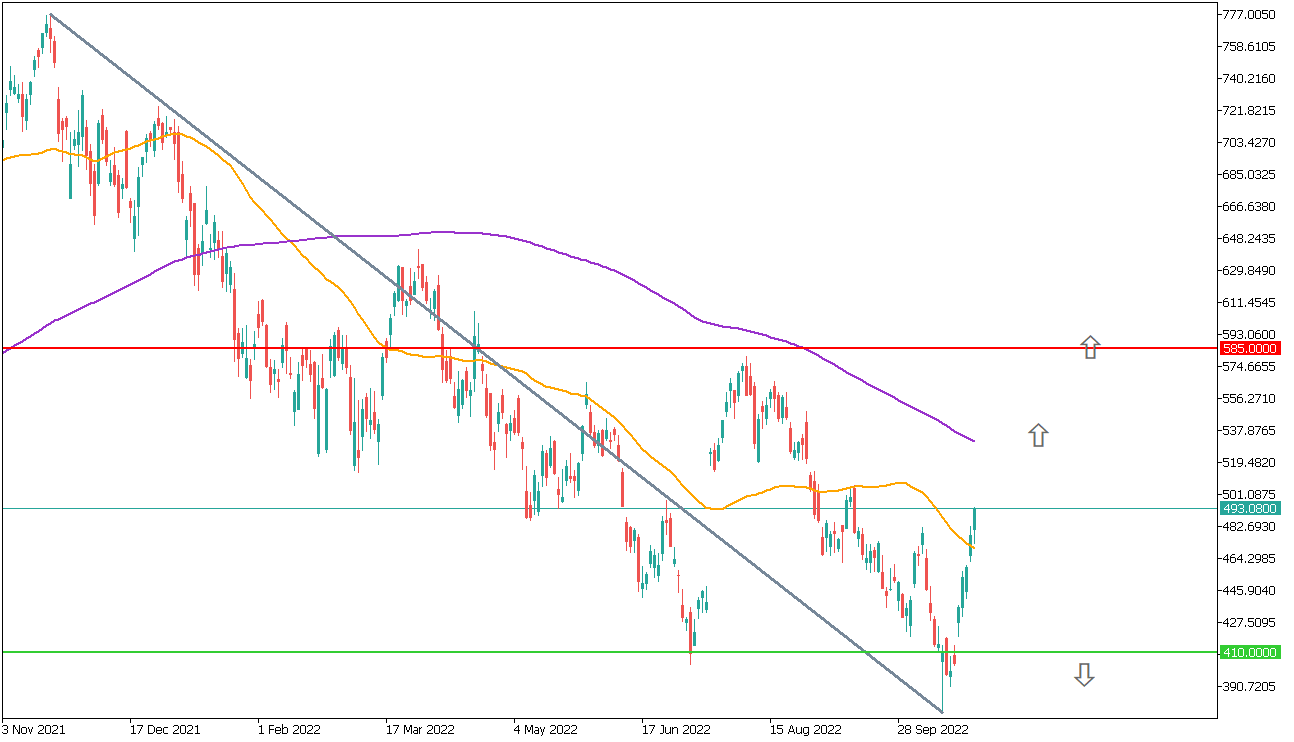