EUR/USD weakens at the start of the week

After the close on Friday at around $1.035, the currency pair shows rather weak on Monday. The share price moved slightly downwards so far today with -0.16%. In the newly formed uptrend, the price marked an interim low at $1.0171 on Friday. With today’s descent, the EUR/USD has remained almost unchanged so far, but this does not necessarily mean an end to the uptrend. In addition, the price is currently still on a direct path to the 50-day moving average.

The technical situation on the daily chart has not changed much this week. A short-term relevant horizontal support has been established in the area around $1.0171, which already served as support in August and was then tested as resistance in September. The next important resistance is in the area of $1.04. If the price continues to stay above and respect the support, this can be interpreted as a bullish signal and we could see another rise above the last short-term high at $1.035. However, if the support is broken, we could see a downside move to the next support at $1.00. Otherwise, there is a possibility of a sideways movement, where the price could continue to stay in the $1.3500 area. 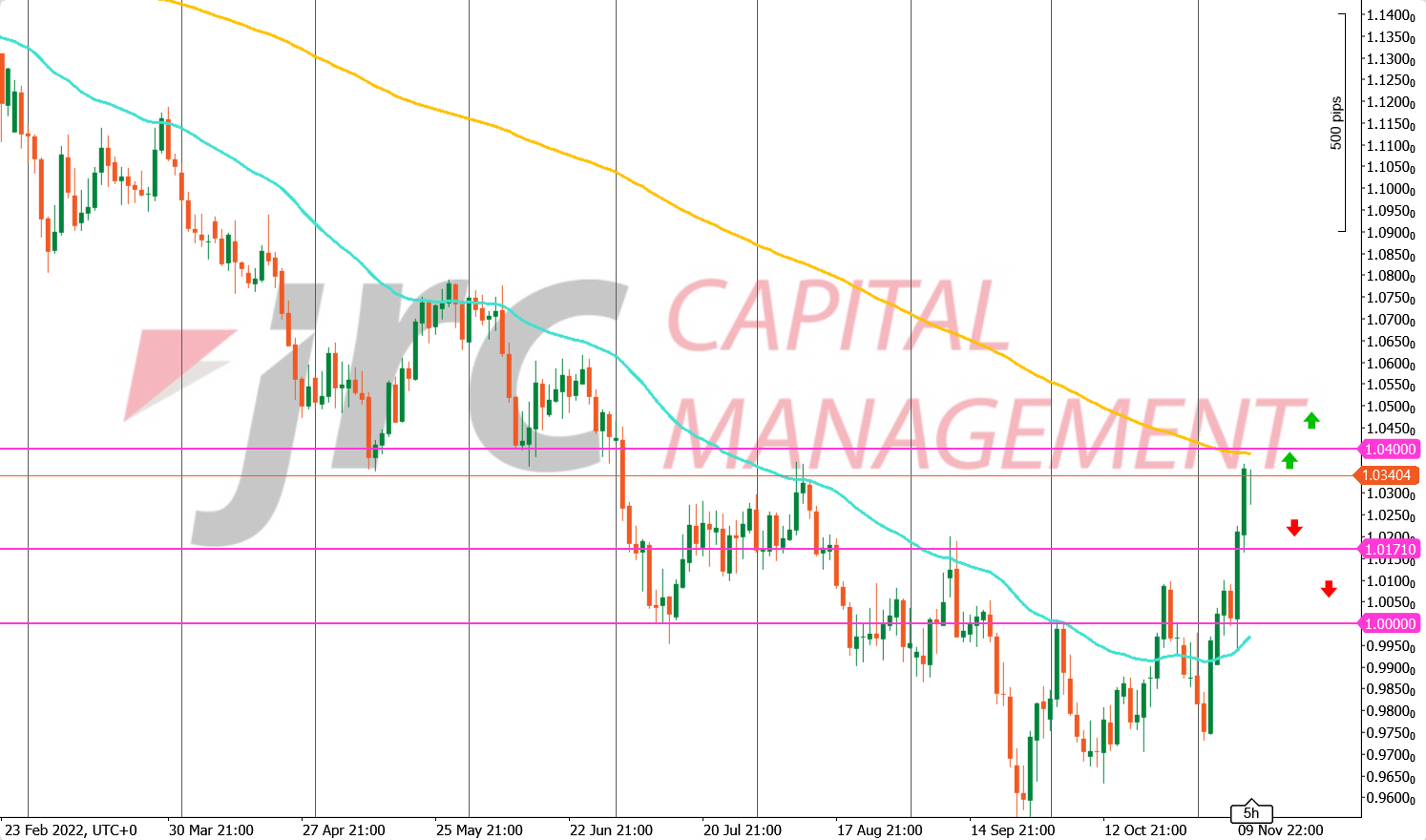